As the sun sets on Manchester, students and young professionals leave coursework and work issues behind as they drown their worries in bottles of beer and hard liquor, intoxicating dance moves, and loud, wild music in over 500 nightclubs in the city. “Party hard!” is the motto in what has become one of the UK’s hottest clubbing scenes. And no one knows the club scene better than Thomas Young. He’s got an app to prove it. 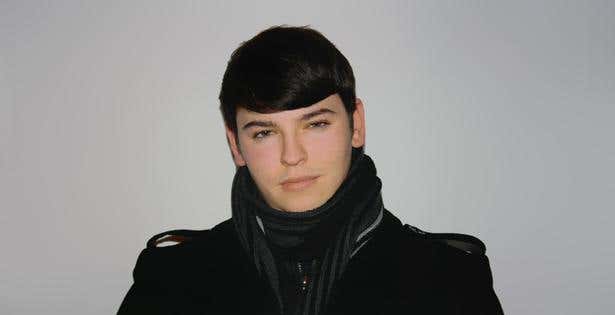 At 18, this young entrepreneur is the chief executive officer of Ounco Ltd., which recently launched “NJoy Manchester” into the market. The app, available for download on iTunes, is a quick guide to the city’s nightclubs and bars as well as the ultimate source for deals, discounts, and events. It even has a taxi directory in case you need a ride.

“We initially developed ‘NJoy Manchester’ for students,” explains Tom, a Software Development major at The Manchester College. It makes good sense: Manchester has one of the largest student populations in the United Kingdom and clubs take advantage of this market by holding inexpensive student nights.

Developing the app was a logical progression from his partnership with the stylish Aura Bar & Lounge. “I worked as a promoter for Aura part-time,” he shares. “My friend and I had an idea for an app just for the nightclub that used push notification technology (or customized pop-up messages on smartphones) to deliver news on live performances and promos, and the people at Aura introduced us to the idea of NJoy.”

While Tom was confident of his app development skills (particularly server side apps), he needed a partner to develop NJoy. “What they wanted was a bit too complex for me.” So he turned to Freelancer.com, the largest outsourcing and crowdsourcing marketplace in the world, for a solution.

“My business partner recommended the site,” he reveals. “The freelancer we hired was very professional. He even offered to make the app more dynamic, with an online admin panel to manage it, at the original price.”

Since then, Tom has hired freelancers from Canada, India and Pakistan, and spent nearly over £2000 for programming, interactive advertising, and mobile customer engagement apps. “The developers are professionally qualified freelancers and even better than some companies.” So happy was he with the outcome that he eventually went into partnership with one of the freelancers for a number of business activities.

“Freelancer.com has been superb,” he declares. “It is a secure, reliable, and trustworthy site. I particularly love the Milestone Payment system that ensures you only pay for the project in full when you are 100% satisfied with the results. Compared to companies I’ve had talks with, the costs are minimal.” One company quoted  £20,000 to build the app, but Tom was able to have it built by a freelancer on the site for  £350, a fraction of the cost.

While the app is still in its infancy, it has been reaping good reviews from users. And the young man behind it has already set his sights on bigger things.

NiteFinder, a leading online nightlife directory in the U.K., approached Ounco Ltd. to develop an app. “We found it beneficial to work with NiteFinder because of its mass appeal,” Tom discloses. The NiteFinder app is bigger in scope compared to NJoy--not  just because of location. The new app will have information on parking, hotels, events, and “everything really going on in the city.” It is currently being built by a developer from Freelancer.com.

“Freelancer.com is a fantastic website,” he concludes. “I have built my business around this site, working in partnership with freelancers, getting business for them, including major clients such as radio presenters from Radio 1 Xtra.”

Starting of with the right name can help your business attracting more eye from day one. The name leads the way in this.

We’re now spending more time than ever on the Internet, and becoming a more tech-savvy student or freelancer is a great personal goal to set.