In a span of three years, Quest Nutrition’s revenue skyrocketed from $100,000 to $80,000,000. One of the primary driving forces behind this tremendous growth is the company’s Chief Marketing Officer, Nick Robinson. 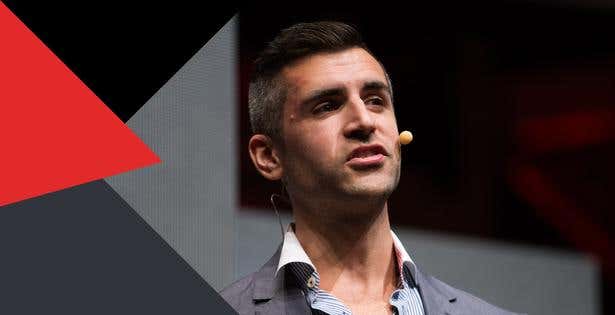 Nick Robinson was the very first employee at Quest Nutrition. He leveraged the power of storytelling, community building, and technology to rapidly grow the company to over 57,000% in its first three years of operation. It became the second fastest growing private company in the US according to Inc. magazine.

Quest Nutrition started out by building their customer base online. In 2011, they put up a very basic website, wrote articles on the blog and shared them on Facebook. Nick knew that apart from their team’s marketing efforts, they needed influencers. They need to have people who will echo the goodness Quest Nutrition products. That’s when they reached out to bodybuilders and fitness enthusiasts with a huge following.

Nick believed that there’s something special about Quest Nutrition; they just needed to effectively communicate it to everyone. After an intense brainstorming with their president Tom Bilyeu and community manager Clark Pagaduan, the three came up with #CheatClean, Quest Nutrition’s guiding principle as to what their brand really is. #CheatClean described Quest products as “fun, playful, delicious, but actually good for you”.

Nick noted that creating hype and anticipation on products they’re about to launch is one of their significant marketing strategies. Quest Nutrition’s marketing was 95% online and 5% offline done through a few ads in their retailer's magazines.

Most of their marketing efforts contributed a lot in growing their community. When it grew to around 1.5 million people across Facebook, Twitter, Instagram and YouTube, big distributors who wanted to have Quest products on their shelves started contacting them. Through all this, Nick has always been a motivational leader driving the team to bring the best of Quest Nutrition to the world.

Before joining Quest Nutrition, Nick established his own Web design firm where he developed his passion for storytelling, community building, and technology. He also went to film school, and after he graduated, Nick worked for Vuguru, an independent multi-platform studio founded by Michael Eisner (former Disney CEO).

Watch some of the most fantastic entries from the past Expose Our Logo challenges.

Have you discovered your passion and purpose in life? Here's how you can empower them.